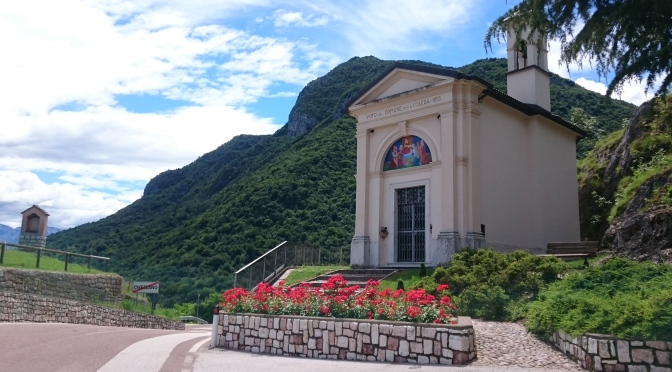 After having enjoyed the great breakfast which was included in the room of the Agriturismo Montibeller I left the small town and continued to cycle in the valley of Valsugana which I already knew from my trip two years ago.

Having fantastic weather it was great to follow the Via Julia Augusta. I thought I just would have to cycle downhill to Trento – but that was completely wrong as you’ve had to go uphill as the valley was very near. 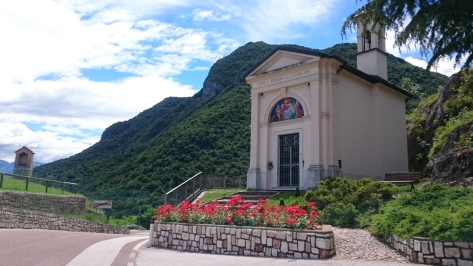 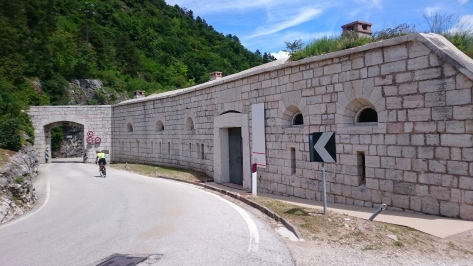 I’ve also cycled along the Lago di Caldonazzo which was outstanding. 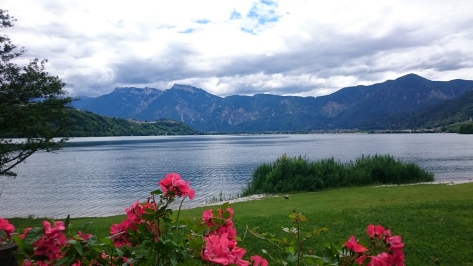 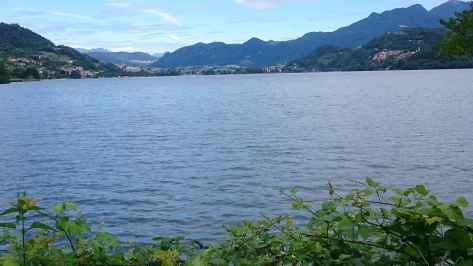 Finally I came down to Trento where I had lunch in the central park. There I had the idea to come back one day and attend an language school – would be great to study in the country of the language you want to learn. 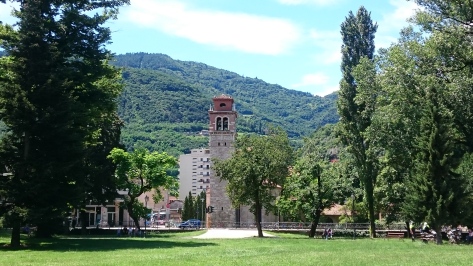 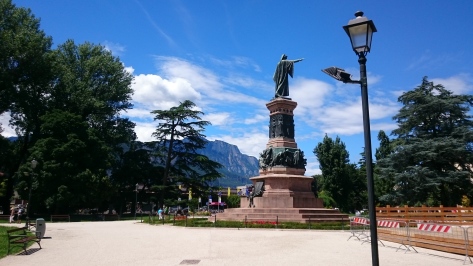 Cycling along the wide valley of Adige was a little bit boring – and very hot. But of course better than rain 😀 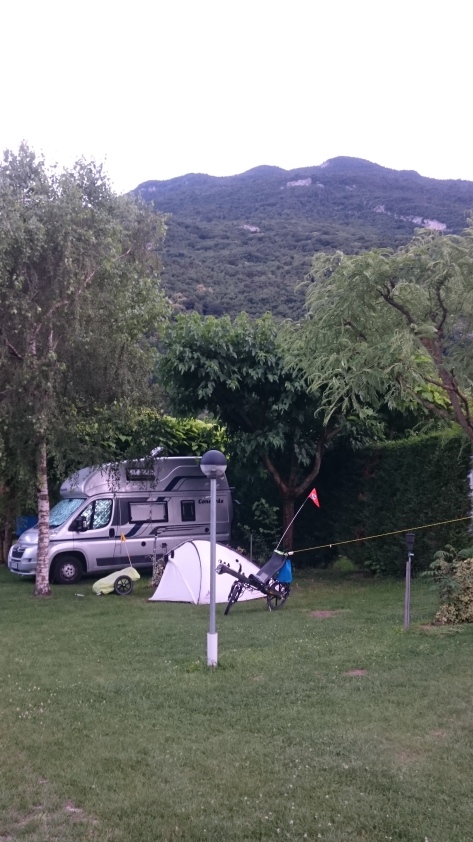 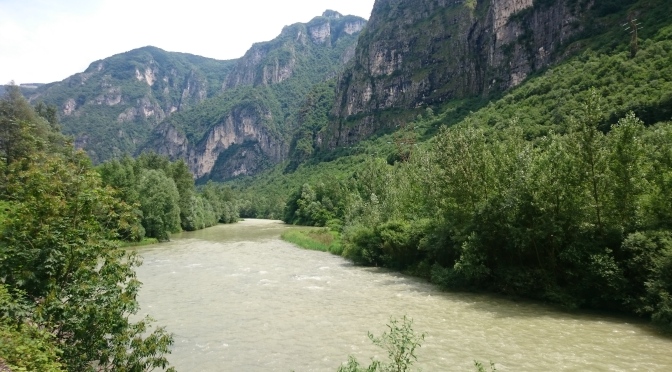 The sun was shining, the tent was dry after a horrible night and so I continued my journey. Of course I had a look to the ancient town of Bassano del Grappa... 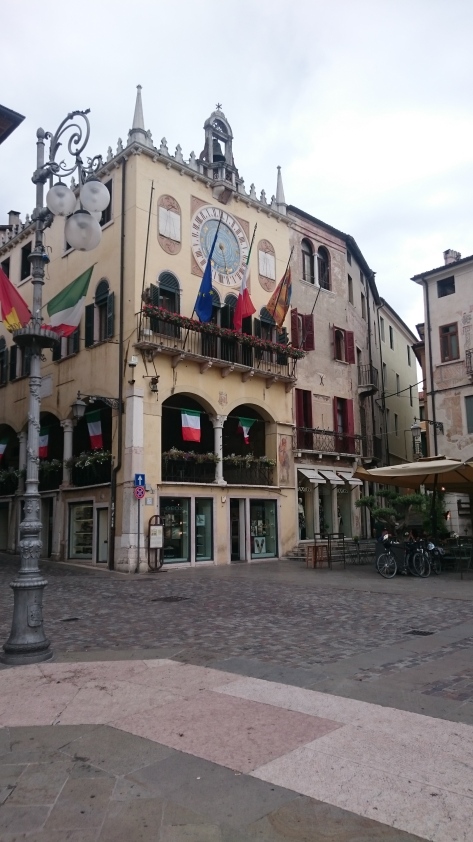 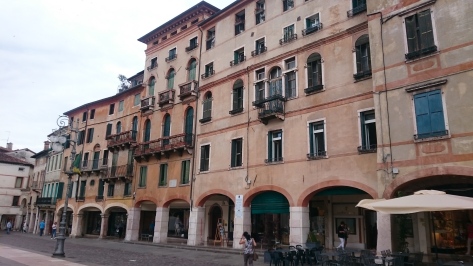 And coincidentally I found the oldest bakery in town and bought a really good tasting bread freshly made. 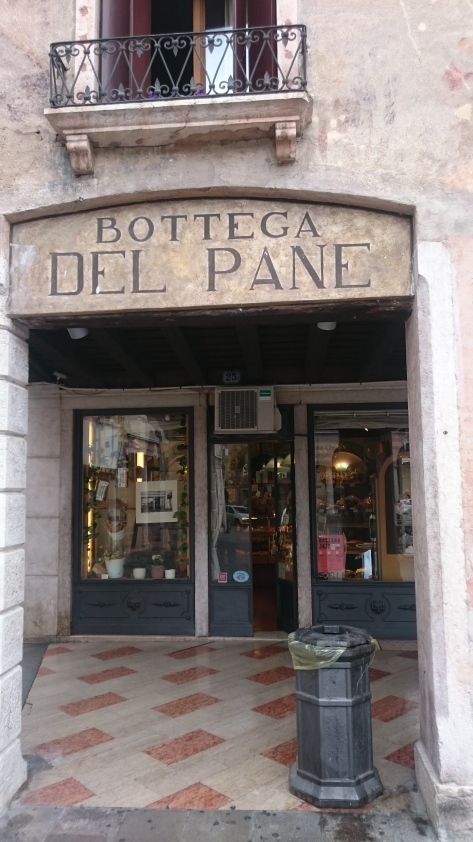 Leaving Bassano del Grappa you have to cross the famous bridge – unfortunately it’s under construction…like two years ago on my way to Rome it was outstanding to visit it. 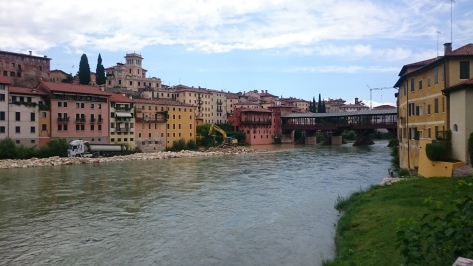 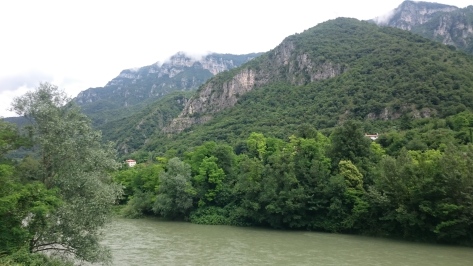 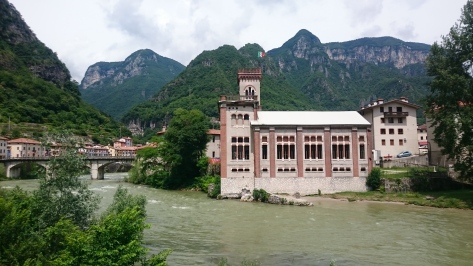 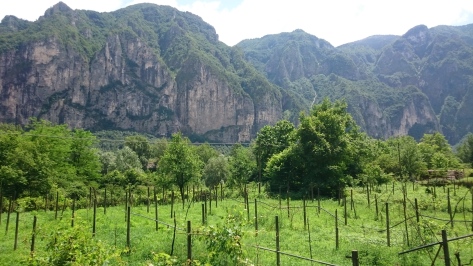 But – as the routine teached me already – after the sun comes some rain…after midday having had my lunch it started again to rain for a short while but this day I wasn’t as good in form like the other days.

So I’ve decided to take a room instead of a night in the tent and did so on the Agriturismo – they’ve got both and everything as perfect maintained. 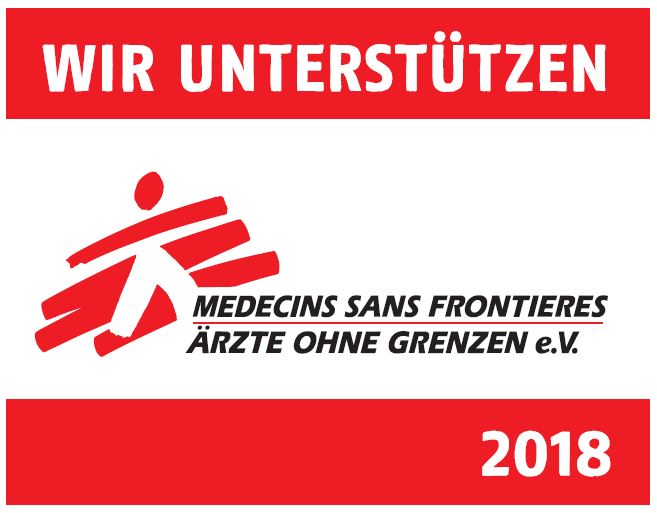 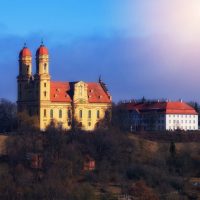 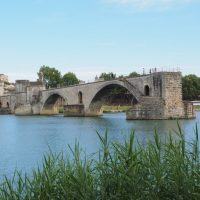 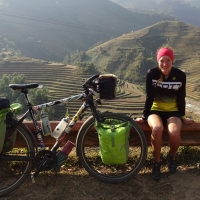 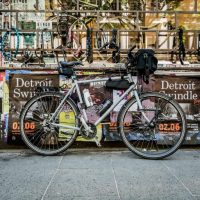 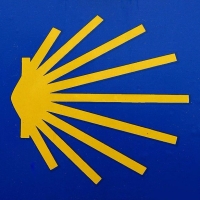 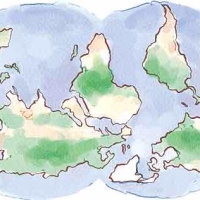 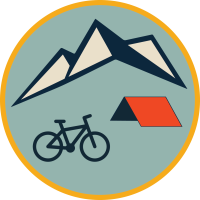 Along the cyclepath Kocher-Jagst and Drau